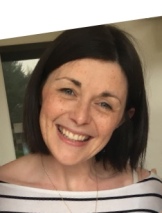 Caitriona is originally from Tipperary but has been living in the Blackrock area since 2008. She is married to John and has 4 young children. Caitriona works as a Speech and Language Therapist for the HSE in addition to running her own Speech and Language Therapy Practice. Caitriona is delighted to be part of the effort to secure a playground facility for the Blackrock and Ballintemple areas. 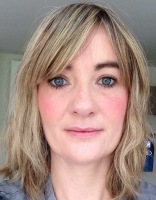 Roisin is a Mum of three young kids and they are living in Ballintemple since 2014. She grew up nearby in Mahon. She works as an accountant for Pfizer Ireland Pharmaceuticals. She is very proud to be part of the team that is going to deliver a playground for the families of Blackrock and Ballintemple. 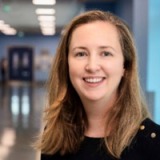 Jane is a Blackrock native, married to Paul (below). They have two small children, and a playful puppy. Jane works as a Project Manager, and has an engineering background. She is looking forward to a local playground, and seeing the completion of the works to facilities in picturesque Blackrock village.

Paul grew up in Carrigtwohill, and moved to Blackrock in 2012. He is married to Jane, and they have two young girls. Paul worked for over 20 years in technology manufacturing industry, and is currently a full time Daddy.

Astrid is a visual artist who has recently moved to the area. She has a two year old and shares a house with her two nieces, who would love a playground nearby.

Sarah is a Software QA Engineer. She grew up in Grange and spent six years in London before moving home to Cork. She lives in Blackrock with her local husband Jim. They have two little girls who frequently visit Blackrock Village, and would love somewhere to play after their cake break!

Maeve is a Laois lady but has been living in the Blackrock area since 2011 with her Cork husband and more recently two small boys. She works in an infant mental health service in Cork and has previously worked in other children’s charities throughout her career. She is excited to be part of the team and is looking forward for the playground to turn from a dream to a reality for the children of Blackrock and Cork.

Niall has lived in the Blackrock area since 2004 , with his wife  and three kids. He works as a business development & Key account manager for Payzone Ireland.